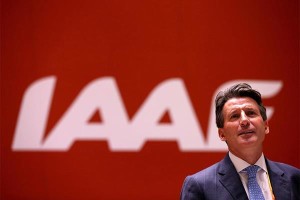 “I have to discuss with the antidoping department to exactly understand the Russian skeletons in the cupboard.”

“We should avoid international scandals during Moscow World Championships, above all with the British press.”

“These athletes, of course, should NOT take part to the Russian team during World Championships, and it is necessary to press Valentin (Balakhnichev, Araf president) so as this will not happen. If the presidents do not take part to the competition, we can announce their cases when the Championships will be over. Or, we can announce just one or two of them, but with the ones of the other country to not cause a sensation.”

“We could profit from Seb’s political influence in the United Kingdom. It is his personal business that the Russian World Championships will go fine.”

“We can hardly work to stop all the attacks from British press against Russia in the next weeks.”

The words above speak for themselves, with a disdainful and calculating tone.

The five paragraphs above are part of a clamorous mail, dated the 29th of July 2013, revealed and published by “Le Monde”, where the rule of silence hidden by IAAF offices come a few out.

To speak about how much was already known about the Russian Doping is Nick Davis, the IAAF spokeperson back then, who clearly also shows to will to cover the fact that Russians were working crazily in the doping environment.

It is also interesting to know who the receiver of the email was: Papa Massata Diack, Lamine Diack’ son, marketing agent of IAAF but, above all, investigated along with his father for what regards the bribes paid to cover the scandal.

To cover such scandal, in the mail Davis proposes using Chime Sports Marketing with Sebastian Coe at its lead. This very last part throws fuels on the fire with a thrilling question: did Sebastian Coe know?

Clearly, the IAAF president was contacted by Le Monde. Coe denied every kind of involvement in the matter: “There was never any compromise between IAAF and Chime Sports Marketing to produce a campaign of public relations.”

Also Davis protects Coe saying that, apart from the mail merely being an exchange of opinions, the IAAF president was never informed of such facts. Meanwhile he resigned from his position in IAAF waiting the response of the Ethics Commission about his case.

How deep should we still dig to uncover the truth? Maybe the bottom of the barrel is getting closer.