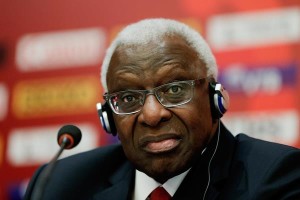 New details are coming on the doping scandal which had the IAAF ex president Lamine Diack as protagonist along with the Russian Federation.

The French journal Le Monde published some pieces of Diack’s interrogatory in which he declares to have received one and half millions dollars from Moscow to cover the doping cases, at least unless the Moscow World Championships in 2013.

The money received by Balakhnichev, former RUSADA president, were supposedly used to finance the political campaign of the opponents during the presidential election in Senegal, in 2012. “In those times we needed to win the Dakar battle, which means overthrowing the current government. It was then necessary to finance the opposition and, in particular, the youngsters, so that they were able to make a campaign in each village”, these are Diack’s words who, in that moment, was in the opposition against the former Senegalese president Wade.

Macky Sall, the opponent, eventually won the elections naming Diack “Commander of the Order of the Lion”, a gratification for the help received during the elections.

It was a political fact outside the world of the athletics which made the ex President of the World federation, who is supposed to assure every athlete’s neatness, close an eye on who knows how the doping cases of who knows how many athletes who, much likely, won medals and prizes subtracting them to the clean athletes.

Evey know comes to the comb, so they say, and such we hope but none will be able to give back to the cheated athletes the joy of stepping on the podium and listening to their own anthem playing.