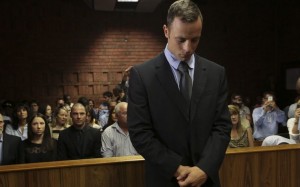 Total turnover in the endless case of Oscar Pistorius, who during the 2013 Saint Valentine night shot his girlfriend Reeva Steenkamp.

A year ago, the verdict ordered 5 years of imprisonment to the paralympic athlete with the charge of unpremeditated murder, but PM never gave in this verdict and they are trying to open again the case charging the athlete of intentional murder.

Two days, the South African Court of Appeal condemned Oscar Pistorius for intentional murder, increasing his imprisonment to at least 15 years, which is the minimum sentence for crimes like this.

According to Lorimer Leach, Blomfontein Court of Appeal judge, Pistorius never gave a plausible reconstruction and he was completly aware of the consequences the bullets would have brought behind the door of the bath, where Reeva was.