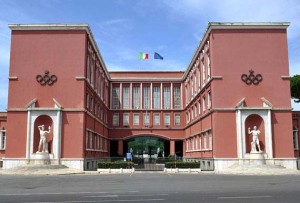 The doping scandal which is involging the track&field, after having implicate Russia and Kenya and barely other 11 countries, attacks Italy as well.

Antidoping Attorney’s Office, on the basis of “Olimpia” investigation carried out by Bolzano Attorney Office, reported 26 athletes asking for a 2 years suspension because of  “evasion, refusal and omission to undergo the biological samples”, as the article 2.3  of the anti-doping code.

But be carefull, in this case we are not talking about a missing test, as Teddy Thamgo did, but all the thing concern filling failures for the 2010-2013 period. The story is quite surreal and involing faults on many sides.

Athletes in the whereabouts program are requested to give to the anti-doping italian agency all the informations on where the anti-doping officiers could find them for an out-of-competition test. The procedure had to be executed firstly by fax, then on the online platform.

The problem is that during that years, according to athletes, both fax and online platform were not working properly, and when they asked for explanations the answer was “we know about the problem, don’t worry”. Moreover athletes have never received an official communication of filling failure.

Although not only athletics is involved in this case, because the whereabouts system is in common with many other sports, the anti-doping agency decided to open a trial on this 26 athletes, at the moment. The 26 comes from a bigger list of 65 name; for the remaining 39 they asked for achiviation (including Alex Schwazer, facing a 4-year ban).

Italian Athletics Federation’s President Alfio Giomi commented he is completely on the side of the athletes, and gave them the support of a federation lawyer, Guido Valori.

Among the 26 names there are many top international atheltes, as the bronze olympic medalist Fabrizio Donato, Daniele Greco, silver world medal Andrew Howe and former world champion Giuseppe Gibilisco.
The paradox is that, for example, Fabrizio Donato in the same period was included in the IAAF’s whereabouts program too, and never collected a filling failure.