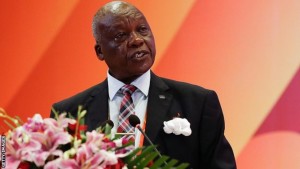 Hard hit to the Kenyan federation, which was struck directly by the IAAF ethic commission.

The president Isaiah Kiplagat, the vice-president David Okeyo and the former treasurer Joseph Kinyua were temporarily suspended for 180 days, waiting for further verifications on their doings.

The main allegation is to have deviated potential antidoping trials and to have stolen Nike sponsoring funds destinated to athletes and traning fields.

Kiplagat was also accused of having accepted, either personally or on the behalf of the federation, a “gift” consisting in two vehicles given by the Qatari national federation, in the 2014-2015 period. During this lapse of time, Doha was candidating itself to host the 2019 World Championships.

Last week, seven Kenyan athletes were suspended for the usage of various illicit sustances, bringing the total to 40 Kenyans caught in the past three years.

An investigation will now be carried on to clarify the proper sentence. The ethics commission named Shared Rao, the former director of the public trials, as its detective.

Okeyo, who was not present to the IAAF Council meeting last week in Monaco, has already denied every income and he stated that all the funds had been fully justified by Kenya Athletics.

The IAAF Ethic committee will held a meeting in the month of December to listen and judge all the different cases relative to the corruption and covering allegations, both for Kenya and Russia.