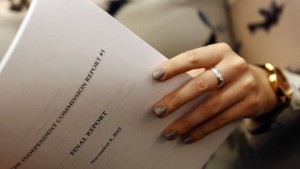 This afternoon WADA’s press conference took place in Geneve, with, as main topic, the results of the investigations started after the German TV ARD’s documentary which accused Russia of doping their athletes.

It is very much beyond what could be expected. The conclusions reached by the indipendent commission which ran the investigations were actually predictable, but what surprised everyone is the whole scenario hidden beneath.

SEE THE FULL VIDEO OF THE PRESS CONFERENCE

In the report broadcast today (fully downloadable here), there are no roundabout expressions were used in saying that “in Russia there is a deep culture of the doping promoted and sided directly by the Government”, and no restrictions were used as well in telling precisely what looks like a movie’s plot.

Sticking to the investigations carried out, Russia might have forced their own athletes to undergo a doping programme with the threat of being excluded from the National team if they refused to. Regarding that, something could have been suspected for sure, given the great number of athletes tested positive in the last few years.

What could not have been imagined is that Russian secret services would visit the antidoping laboratory in Moscow to threaten and scare the analysts. The director of the laboratory, Grigory Rodchenko, admitted to have intentionally destriyed more than 1400 samples in December 2014 under payment. Furthermore, the presence of a second hidden laboratory popped out, with comparable functionality to the official one, which probably was used to cover doping’s tracks.

Even the Russian Minister of Sport is accused and described as an active part of the system. It results, in fact, that he openly requested the laboratories to destroy certain samples. The minister keeps denying and he also stated that he might cut funds to anti-doping.

As a resume of the document, more than 300 pages long, there is also a chapter named “Conclusions“, at the end of which an harsh and hard sentence stands: “WADA suggests suspending Russian Federation of Athletics and to ban it from international competitions until the situation is solved“.

A sudden answer came from the new IAAF’s number one Sebastian Coe who, after these events, tasked the IAAF Council of evaluate this kind of sanctions, despite earlier declared that, according to him, excluding a nation would not be a proper solution.