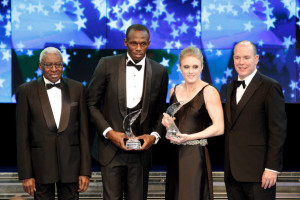 There are already eight candidates for the election of the male and female athlete of 2015: the lightning Usain Bolt, Mo Farah, the Kenyan distance runner Eliud Kipchoge and the Russian hurdler Sergej Shubenkov, while among the women we can find Dafne Schippers, Genzebe Dibaba, Mare Dibaba and Zuzana Hejnová. Five more athletes will be elected for other categories.

Everything seems normal, as every year.

But the president Sebastian Coe has announced that IAAF, because of the ex-president Lamine Diack’s arrest and the current situation, decided to cancel the “IAAF World Athletics Awards Gala“, which should have taken place on the 28th of November in Munich.

The athletes will receive the prizes they deserve nevertheless, but during a more discrete and informal dinner.

Is something changing within IAAF? Let’s wait and see.