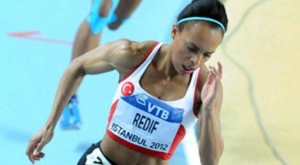 Meliz Redif, Semiha Mutlu Özdemir, Bahar Doğan and Ümmü Kiraz, these are the new names ended up in the Turkish doping scandalous, a country which is carrying out a relevant work of cleaning.

The four named athletes, all of them competing in long distances and winning medals in important occasions, have been stopped by the disciplinary commission of TAF (the Turkish Federation) because of the anomalous fluctuations of their values in the biological passport detected last February.

Meliz Redif has been banned for three years from tracks, whereas for the other two long-distance runners the chosen punishment was two years and six months. The penalty was decided after a long process during which the athletes tried to prove their innocence.

All happened after the Turkish Ministry asked for 677.000 euros back from Asli Altepkin and Nevin Yanit: the bust goes on.

In 2013, the Turkish Federation witnessed a change in the presidency direction with the arrival of Fatih Çintimar. The new president openly declared war on doping, increasing the controls carried out on the athletes.