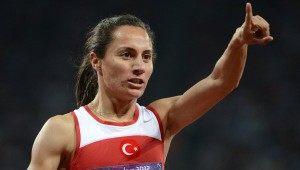 Who cheated must pay, and pay again, according to the Turkish Ministry.

After an assembly on the matter, the authority officiating the sport in Turkey has, in fact, asked back all the money prices given to Asli Çakır Alptekin and Nevin Yanit, both banned for doping.

The Ministry, judging the episode as a disdain for the Turkish appareance, asked the revocation of all the awards delivered to the athletes, the clubs and the trainers for an amount of 2.230.000 Turkish lire, equivalent to just over 750.000 dollars.

Alptekin, specialist of 1500m and steeple, won the Olympic medal at London 2015 for 1500m event, but the victory was officially annulled on the 17th of August 2015, along with all the results she had achieved since 2010, due to the fact she failed the dope blood test. An eight years disqualification has been assigned to Alptekin.

The other named athlete is Nevin Yanit, many times European champion of hurdles, who has been suspended in 2013 after the victory of the European indoor manifestation in Goteborg.

Stiff measures for an even stiffer problem.