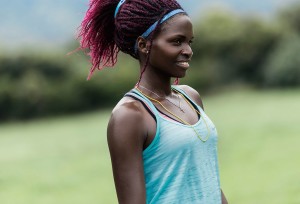 After the two cases of positivity in Beijing, we are again dealing with doping in Kenya.

Some days ago, the Kenyan Athletics Federation officially reported the disqualification of two athletes tested positive to Norandrosterone some months ago.

The Jeruto’s positivity, Eunice Sum’s training-mate and supervised by the Italian Rosa & Associati, came up during a surprise control carried out on the 14th of April in Eldoret. She will have to atone for a 4 years disqualification, which will end on 19th May 2019. In 2014, she set her personal best for 800m at the Rieti Meeting and she gained the bronze medal at the African Games in the same event.

This is not the first case of doping in the Italian stable. The latest one, as well as the most relevant, was the case of Rita Jeptoo, absolute ruler in the female marathon of the last years, who tested positive to EPO. In 2012 Mattew Kisorio (steroids) and Jemina Jelagat Sumgong (cortisone, later exonerated) ended up in the antidoping system too.

In the same days the 80o meters runner failed the dope test, the Kenyan Federation had suspended the Rosa & Associati for 6 months, along with another Dutch management company. Moreover, Federico Rosa, responsible for the Italian agency, has banished the referee technician in Kenya, Claudio Berardelli, for superficiality even though he was not involved in the affair.

Josephine Jepkorir, instead, failed a post-race test on 31st December 2014 in Angola and she will not be able to compete until 15th March 2017. She boasts a PB of 1’08″53 set during the half marathon of Barcelona 2013. In addition to the disqualification, the athlete will have to give back the signing fee and the price won at the Corrida do Sao Silvestro, since she resulted positive during this event as well.

This wave of positivities in Kenya is due to a strong cleaning operation in progress in the African country. Since 2012, 38 Kenyan athletes have been disqualified for doping. After the positivity of Rita Jeptoo, the Federation and the government actively started acting to defeat the scourge. The investigations, still in progress, led, so far, to the imprisonment of 5 doctors accused of having doped numerous athletes.

In the photo: Agatha Jeruto (NIKE)