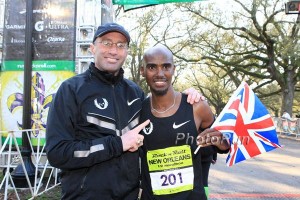 After the revelant accuses of doping against Alberto Salazar, Mo Farah’s trainer leading the Oregon Project, UK Athletics had asked to representative of United Kingdom to keep away from Salazar.

Now, after that the Britain Federation ended his investigation on the rumored trainer, Mo Farah will be free to keep training with the American coach since it does not seem there are valid reasons to lose faith in the middle-distance runner and his methods of training.

Although UK Athletics will no be able to provide further details until USADA  will not have completed its investigations. In fact, the American antidoping agency asked for the highest level of privacy so as not to ruin the work carried out so far, and which is still in progress, to find out the truth.

Let us remember that Alberto Salazar had been accused of using his son to test the antidoping threshold dosages in order to elude the antidoping tests and, moreover, he pushed some of his athletes to take forbidden substances to improve their performances.