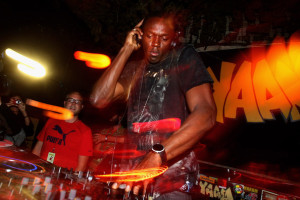 Next week end, the multiple Olympic champion Usain Bolt spent the night at the opening party of Drama, a well-known night club in London, where also Lindsey Lohan and the fashion model Daisy Lowe took part.

During the night the table was full of bottles of Vodka Belvedere and Dom Perignon for an amount of 13.700€. The party went on the best possible way so much that, when it was over, Bolt literally “ran” away, forgetting to pay for the bill.

When, the day after, he realised the mistake, he immediately came back to the club apologizing to the cashiers and setteling the payment that he had accidentaly forgot to pay the night before.

A spokeperson of the club stated Usain Bolt is more than welcome and he underlined it has surely been a misunderstanding; the athlete thought he had already payed when, actually, he had forgot about that, as Bolt in person declared.