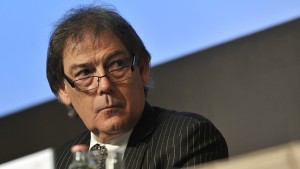 After the dust raised by the documentary of the German TV station ARD accusing IAAF of covering numerous doping cases, the general director of WADA (World Anti-Doping Agency) David Howman felt obliged to define the situation better, especially after the allegations against Paula Radcliffe.

“It is a pity that the athletes have to feel involved and defend their position” he stated on the website of the agency, adding that “WADA has a defined and clear process in the Anti-Doping Code that protects the athletes. […] Our actions have to be impartial”.

Moreover, he wished to underline that all data leaked out from databases are precedent to 2009, the year when the biological passport has been introuced, and that they cannot be absolutely used alone in order to draw conclusions about the eventual usage of doping substances.

After all, even the anomalous tests carried out after the introduction of biological passport cannot directly be a doping signal. Data has to be evaluated in our own global context by three different experts, and to detect a doping case all of them have to agree on it.

Finally, he ended saying that there is an indipendent commission taking care of the issue. The commission also has access to data, unlike WADA, and it is verifying all information in ARD’s hands.

The database the documentary has been based on collects 12.000 blood tests carried out between 2001 and 2012 on 5.000 athletes. WATCH THE FULL DOCUMENTARY