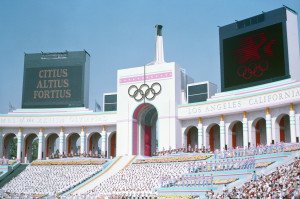 After the announcement of Boston’s withdrawal from the candidacy to the Olympic Games back in July, Los Angeles was left as the last and only USA candidate to host the 2024 edition of the Games. The metropolis, which has already hosted the Games twice (in 1932 and 1984) is about to join the race against four European cities: Paris, Rome, Hamburg and Budapest.

The last step before the official announcement of the candidacy was overcome on Tuesday, when the City Council unanimously approved (15 councilors out of 15 voting yes) the resolution which allows the city to negotiate a bid with the Olympic committee.

The biggest concern regarded, in fact, the huge cost of 6 billions of dollars which is expected for the organization of the Games but LA feels ready to face the challenge “LA has the proven experience in hosting the Games, and knows how to deliver world-class events for athletes and an extraordinary experience for fans” USOC Chief Executive Officer Scott Blackmun said during a conference.

The appointment is now set for the 15th September 2017 in Lima, where the Olympic Committee will announce the winner candidate.