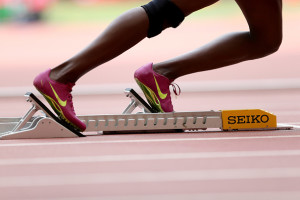 The Beijing World Championships witnessed some countries competing in an excellent way, predominating some World Championships’ specialties and outdoing other countries which appeared “below par” or that, because of individual ability, did not manage to cope the great “Powers” of athletics.

Kenya acted very well, dominating more and more even out of the field of the middle-distance races, with Jamaica and USA chasing behind: this was the podium of the medal tables at the end of the Championships.

Each of these countries is sponsored by a sport brand which supplies the material for competitions and ceremonies to the national team; hence, it is possible to draw up a rank of the brands which conquered more medals in Beijing.

If you browse the website of the winner brand you can find a picture of the new worldwide record holder, Asthon Eaton: so, it is exactly Nike that, despite the ninth place of Russia on the medal tables, succeeded by far in winning this special rank with 80 conquered medals: 26 golden, 33 silver and 21 bronze ones. Let’s remember that Nike is the sponsor of 16 of the 43 countries competing for the medals like Kenya, USA, Canada, Great Britain and Germany.

The second place is for Puma that, thanks to Jamaican’s victories, won 9 golden, 4 silver and 5 bronze medals with a total of 18 medals, while the third place is for Adidas, the German company supporting Ethiopia which gained just one medal less than the second place, collecting 17 medals (5-6-6).