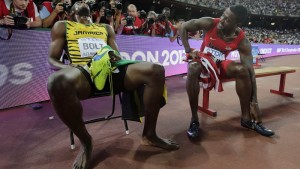 The future of the greatest runner in the world is uncertain, quite uncertain. Bolt will compete until the Brasilian Olympic Games in the next year, this is the only certainty; after that, there is nothing sure.

The Jamaican star had already announced, some years ago, that his career as a sprinter would have lasted until London World Championships in 2017. The event will take place in the Olympic Stadium, exactly where Usain Bolt succeded in doing a triple (100 – 200 – 4×100) in 2012.

The world champion, though, “stepped back” after the recent victories, stating that there is the 50% probability he will retire from competitions after Rio de Janeiro: “My sponsor want me to carry on one more year after the Olympic Games, but my trainer told me that if I do not want to train seriously and properly for the World Championships, I will be better not to partecipate”.

Bolt then added: “It will depend on my conditions after Rio and if I will feel like truly engaging my physique in one more season of competitions. It will depend on how much I will be focused and determined. So, we will see how it goes, as for now I cannot say anything for sure”.

Eventually, the champion from Trelawny commented his fall due to a cameraman’s error while driving a segway, in Beijing: “It was pretty scary, but accidents can happen”.

We can only but wait and see if Lightning Bolt will manage to conquer the golden medal for the fifht World Championships in a row.