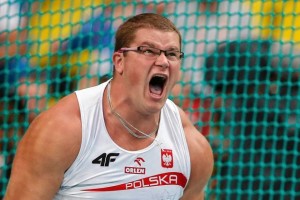 After conquering a world title every athlete celebrates his own victory. So did the new World Champion Pawel Fajdek who went a bit over the top with celebrations and alcohol, spending the night getting drunk.

Not completely conscious of his actions, the problems started when the Polish athlete took a taxi back to hotel and paid the taxi driver with the gold medal just won.

When he woke up the morning after , once the hangover was pas him, the hammer thrower did not find his medal in the room and warned the local police of the loss. Chinese policemen determined what happened after a small investigation.

The taxi driver was tracked and, after a long negotiation in which the Chinese claimed the medal as his own property as payment for the run, eventually decided to give the prize back to the owner.

We wonder, though, how expensive the run must have been for the Polishman…