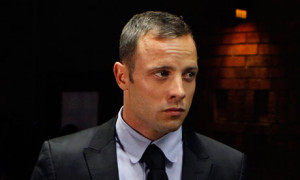 Oscar Pistorius should have been released today for good behaviour having passed one sixth of the 5 years sentenced, but South Africa government blocked his transfer to house arrest saying that was an early decition without legal bases.

Indeed, South Africa’s laws say that this kind of decision has to be taken after passing a sixth of the sentence, not happened in Blade Runner’s case; prison administration suggested the release in June, so after only 8 months since entering jail.

The athlete had to change plans: he was going to start trainings again in the gym in his uncle’s house, where i would have spent the rest of the sentence. Next days the release commission will meet up and decide when he can leave the prison. In november will start the proceedings on appeal where the prosecution will try to demonstrate the murder asking for a 15 years sentence.