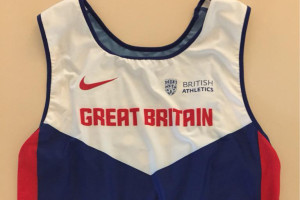 Greg Rutherford raise his voice on Twitter. Yesterday mattina Greg published a picture of the shirt he will wear at the World Championships, asking where is the British Flag.

Bothering the british long jumper is the missing of the Union Jack, the british flag, sostituted by British Athletics’ logo. A lot of people commented under the tweet where Rutherford continues his fight, followed by a lot of supporters and athletes.


Well this isn't right… Where's the Union Jack!?!? @BritAthletics
(this is the kit for worlds) pic.twitter.com/RAVoi6yRex

National kits are regulamented by IAAF’s norms, which allow the band logo without letters, the name of the nation plus the possibility to add the athlete’s name and, intresting in our case, federation’s logo or the national flag. Greg defends Nike (technical GB supplier since 2014 after a long collaboration with Adidas that should come back for the Olympics), because the USA brand prints kits just as requested from the federation.

The most disturbin thing for Rutherford is that he will compete for his country, not for the federation. He considers himself really affectionated to his country and it’s flag, and wants that all his work is to “defend the country”.

Pictures posted after Rutherford’s one demonstrated that the flag has not always been on the british shirt, although has never been replaced by the British Athletics Logo.

Outside the UK the absence of the flag is not so rare. For example the italian kit in 2012 and 2013 presented a sponsor instead of the flag, or like on the Russian one, sostituted by the national hawk.