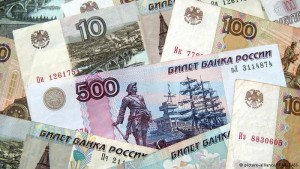 We all remember the crisis of 2014 in the Crimean Peninsula, where the majority of the Russian ethnic population, decided to separate the small territory from Ukraine to form an autonomous local government, not yet recognized the exception of Russia, which ushered tanks in the area

A year later, this atmosphere has returned to bite, this time in sports.

The Russian Federation has paid 170,000 Euros to Ukraine, for the change of citizenship of some Crimean athletes that was to be for the yellow-blue team of Ukraine.

With over 170,000 euros gained, the  Ukraine Federation will try to carry on the project of training its athletes in official competitions. 20% of the amount will be dedicated to theCrimean  athletes still with Ukrainian citizenship.