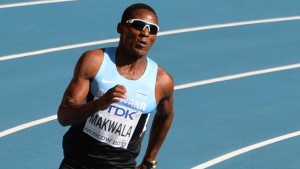 It has been 115 years since the first world record of the “Death lap” was credited and made official: the race in which, in the proximity of the arrival, the legs tremble, the lactic acid penetrates every tissue and the only friend left is the will to end the race: yes, such are the 400 meters, a challenge against oneself, going beyond the limit of the bearable fatigue itself.

Maxwell “Maxie” Longkee was the forefather of all the 400m runners, completing the first lap of the track of the history in less than 48 seconds, back on the 29th of September 1900: 47”8 was his final time in New York, measured with manual timing.

Even though, Long was not the USA Olympic Forerunner; such honor belongs to Thomas Burke, winner of the first Olympic gold medal for 400m in Athens 1986 with a time of 54”2, as well as the only runner in the history to have won  both 100 and 400 in the same Olympic competition.

Along with Maxie Long, Charles Reidpath was identified by IAAF as the original World record holder with 48”2 too; that is because Long ran his time on yards and not on meters, As Reidpath did.

Since that day, 115 years ago, the World and, in particular, United States have gone a long way, encountering few obstacles on the road to success. The first one to stop the American streak was Herb McKenley, Jamaican (but still under the British crown) and first man to run in less than 46” with a time of 45”9, the 2nd of July of the 1948. At the Olympic Games of Helsinki, in 1952, McKenley and the conational George Rhoden swooped in on the finish line together and were credited winners with a time of 45”9. Eventually, George Rhoden’s time got one hundredth of second cut off, so becoming the World record holder. The two of them contributed to the victory in the 4×400 as well and to the World record of 3’03”9, right ahead of the North American eagles.

From that small moment, USA were not stopped by anyone, apart from the WR of 44”9 held by four Americans and the West Germany runner Carl Kaufmann at the same time, an event not impossible to happen using the manual timing.

The progression continued with no stops, always looking to new horizons to discover and to beat, until the arrival of the pioneer: Lee Evans.

Lee Evans was the first one to breath that different air, made of satisfaction and incredulity, when he saw that 44 had transformed into 43: mankind, on the 18th of October 1968 in Mexico City, demolished the 44 seconds wall, challenging the future with the time of 43”86.

This list of name, gathered in intimity inside the American continent seemed to be untouchable and elitist… Until this week.

Before past Saturday and without taking into account the athletes involved, only the Congolese Gary Kikaya had tried to shatter the barrier, running 44”10 in Stuttgart in 2006.

Diamond League, Paris 2015. Kirani James, who already boasts world gold medals in every category as well as an Olympic one, is in the race. Unfortunately for him, Grenada was forced to surrender to South Africa and to Wayde Van Niekerk, who grabbed the African record and his place in the 43 seconds Elite as the first non-American person to run that fast: 43”97 .

One day. It only took one day to Africa to roar again on the death lap, thanks to Isaac Makwala. The African record conquered by Van Niekerk belonged to Makwala himself, who was able to run 44”01 during the Resisiprint Internation meeting of 2014, caressing that glory for a moment. Back in the place for the 2015 edition, the Botswana representative took his place in the history running in 43”72, fifth of all times, surpassing the stars of the past years: Kirani James and Lashawn Merritt.

Moreover: if we look exclusively at numbers, the first two positions of the world are occupied by two Africans rather than two Americans: nowadays, the star-striped flag only places seventh in the list with David Vergburg’s time of 44”41 while in the fourth position, a teenager from Qatar, Abdelalelah Haroun, owns the second best all-time record in the Junior category with 44”27.

It almost looks like if the World of the fans of the lactic acid is emerging again, taking advantage of the fall of the USA.

This new African awareness is underlined by Julius Yego: the Kenian does not run enormous distances, but he is able to soar the skies and to go past 90 meters with his javelin, becoming a forerunner for all the athletes from Kenya who hope to become throwers.

In these days, runners like Makwala and Van Niekerk are only drops in a ocean made of middle-distance racers, along with most worthy 400m runners who decide to follow the tradition instead, focusing on 800m or greater distances; who knows if the recent successes of these two youngsters will carry to a revolution in this field, bringing Africa to compete even more with the American and Caribbean power, just as Yego did with the Scandinavia throwers.

The only thing now, is to wait for the best competition ground: the challenge for the throne.

Who will prevail? The new African potential or the American experience? It is hard to predict, but we will be for sure able to enjoy a different kind of competition, with odds who none would have never even guessed until now.

And Europe? The old continent is still holding strong on the German shoulders of Thomas Schonlebe with his 44”33, followed by the British Roger Black (44”37) while the Borlèe brothers still look forward to crush that barrier, as Pavel Maslak was thought to do as well, despite his rather disappointing beginning of the season.

Will the old continent be able to follow Africa’s innovative wake and to replace that 44′ with a mighty 43”?

Only time can say. Until then, we cannot but congratulate Van Niekerk and Makwala: the annals of the death lap already have their names printed on.