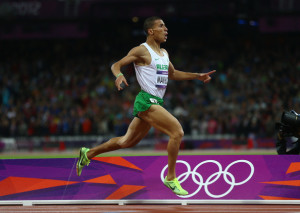 From star-striped news, back to the old continent, where the wait for 2015 World Championships is as well spent competing in spurious challenges, just as the 1500m Olympic champion, Taoufik Makhloufi did.

The French meeting in Nancy had 1000m in its programme. Despite it being quite an atypical challenge, it is usually not neglected by great champions, because of the possibility to push really hard.

Thanks to this time, the algerine becomes the 4th fastest man ever running one kilometre, beating the record of his conational Noureddine Morceli and becoming the fastest one in the 21st century, considering that 1000m had not been run at these levels since 1999.

In that year, the world record was established by Noah Ngeny, who ran in 2’11’’96, 1 second less than Lord Sebastian Coe.